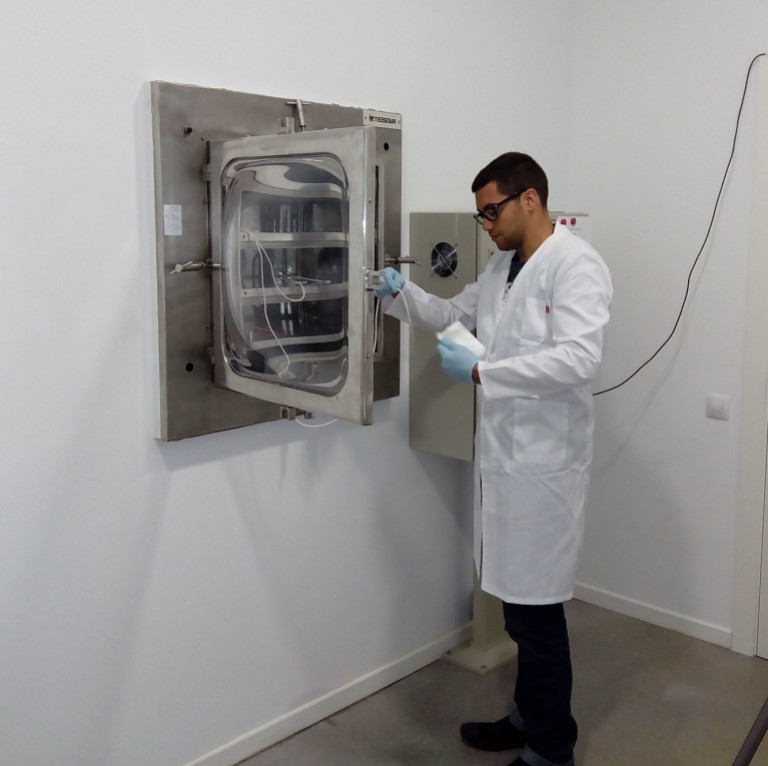 THE EVOLUTION OF FREEZE DRIVING

Looking back to the timeline we see a substantial growth in the usage as well as the technology of freeze drying.

The  menial process of freeze drying could first be spotted in the ancient Egyptian culture of mummification, the process involved removing all the organs in the body in a short span of time which resulted in the  remains of the deceased in a humidity free environment and the final encapsulation prevented re hydration perfectly that made sure that the body didn’t decay making the process a key for immortality . this process essentially kept the deceased away from water and oxygen, the two important elements that are responsible for natural reduction.

This process has been continuously developed over the years and is used extensively in the preservation of food in the biotechnology industry. The process of removal of water has a drastic change from the use of chemicals as used by the ancient Egyptians to supplying heat like the I NUIT did during their hikes to finally now low-pressure dehydration.

Today freeze drying is the best method used as it does not tamper with the physical, chemical or biological aspects of the sample used and simultaneously gives the best prolonged shelf life.

The first step in the process is to stabilize the structure of the substance by freezing, a complicated step where ice crystals are grown intertwined with crystalline or amorphous components of the active product and experience.

The second step is to introduce a vacuum until the state is below the triple point of water. In this state, the water can change from ice to water vapor without melting. This is done by placing an ice condenser in the near vicinity of the product keeping the temperature well lower than that of the product creating a pressure gradient between the vapor pressure near the product and similarly the condenser. For this sublimation process (primary drying) to continue,

the third step is necessary to supply energy to the sublimation front to compensate for the latent heat of evaporation. This energy is commonly supplied by heat, and the shelves on which the vials of pharmaceutical product are standing are brought to higher temperatures. After this if the product is not sufficiently dried. The remains of absorbed or interstitial water lead to moisture concentrations of above five per cent, which is usually too high for adequate shelf life hence and additional drying step is performed where the temperature of the product is further increased. Since the free water is already sublimed, this can be done safely provided that the maximum allowable temperature for the product is not reached.

After the first approach by Altmann in 1890 for the preparation of biological tissues for research and   Shackell who used an electrically driven electrical pump for establishing the vacuum, Tival (1927) and later Elser (1934) patented systems for freeze-drying, and established improvements on the freezing and condenser concepts. Freeze drying gained its true importance in the world war II although over the years freeze drying has evolved in the following ways:

Looking at the current macroscopic trends and growing global warming the techniques show to be efficient but can be bettered in aspects such as the energy consumption. In the current methods used a lot of energy is wasted during the process which should be otherwise. Other aspects such as latent heat dissipation is done in a very inefficient way.

The future will require smaller batch sizes and a growing need for flexibility. One possibility would be smaller but numerous freeze dryers with better flexible loading systems. Conceptual and practical thinking of professionals in the field of biotechnology might lead to more effective and efficient changes that prove to be for the better of the freeze-drying technology as a whole.

Beginning in the ancient time to now freeze drying is has seen a lot of changes in both the methodology and machinery. In the field of pharmaceuticals however is it a relatively new field which by the looks of growing technology will see a shining future. Freeze drying for food preservation is a method is immortal and will never die for civilizations to come.

COMSER will participate in this year's Farmaforum Fair, a forum for the pharmaceutical, biopharmaceutical, cosmetic and laboratory technology industries - Hall 8, IFEMA Madrid, which will take place on the 28th y 29th of March.

We have been developing a new brand since the end of last year, COMSER (the fusion of Compliance + Services), is the brand which comprises the activities dedicated to Compliance Services, validation, qualification and GMP audits mainly, as well as Freeze Dry Solutions, the branch dedicated to assist your company with anything related to freeze drying.

With our participation in Farmaforum, we want to offer our wide range of services and products, which at the same time, are complemented by strategic alliances and collaborations with highly renowned companies worldwide (such as SP Scientific and Tempris). With this, we offer an integral high quality service to laboratories which develop, manufacture or want to set up a company related to high value freeze dried products.

The increasing complexity the new drugs requires specialized assessment for its correct development and manufacturing. In order to communicate and spread our services around Farmaforum, we have chosen the motto " Your expert partner for high value products ".

You will find us on stand number E-10, it will be a pleasure to meet you and explore possible synergies and collaborations with each one of you. We are waiting for you!

You can download your accrediation to attend Farmaforum 2019 from the following link: Acreditation.